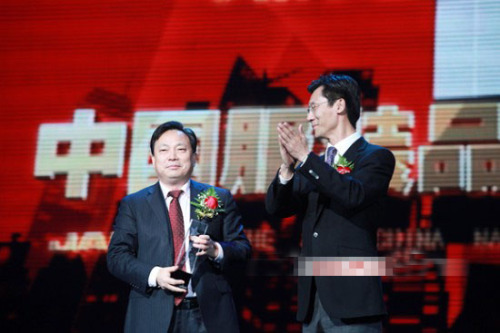 Haining China Leather City won the honorary title of â€œChina Fashion Brand Promotion of the Yearâ€ and became the only professional market in China that has won this honor so far.

On March 25th, the â€œThe 8th China Garment Brands of the Year Awardâ€ representing the highest honor of the Chinese garment industry was grandly held in Beijing. Haining China Leather City won the â€œChina Fashion Brand Annual Promotion Awardâ€ awarded by the Organizing Committee and became the only professional market in China that has won this honor so far.

It is reported that the "China Fashion Brand Annual Award" is sponsored by the China Garment Association and was founded in 2004. It is an annual event of the Chinese garment industry. The â€œAward of Promotion of the Year Awardâ€ established by the company aims to recognize creative clusters or industrial platforms that have made outstanding contributions to the Chinese garment industry. Haining China Leather City has won this award and also marks the development of the leather industry and market in Haining in recent years. The score is of great interest to the industry.